It was bound to be another rejection. That was all Andy Coyles had ever received. His efforts to find a club always ended this way – if he was even given the courtesy of a reply at all.

Only this time it was different. Instead of the obligatory message explaining there were no coaching opportunities available and wishing him good luck for the future, the young coach received a ray of hope.

Bolton Wanderers wanted to meet him to discuss a job in their academy. It was to be Coyles’ first step on the professional coaching ladder, although it wouldn’t be the end of his battle to make a name for himself. 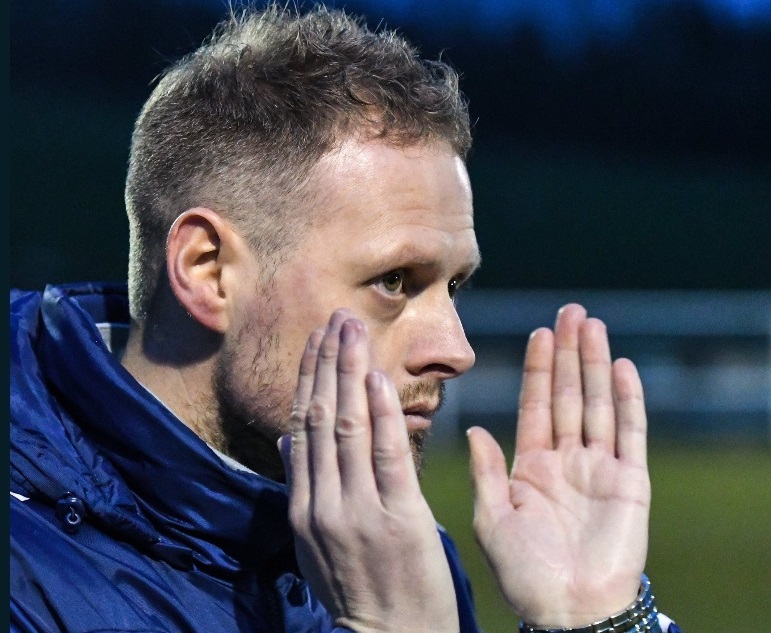 Nearly a decade after his big break with the Trotters, Coyles’ career has taken a more varied path than most – but it’s still one peppered with knock backs.

“You’re just another name on a sheet that has collected a qualification and wants to achieve the same as everybody else,” says Coyles, now 32 years old and head coach of England Universities men’s team.

“You’re competing with all the ex-professionals who want to go into coaching as well, so it’s extremely difficult if you haven’t been a professional footballer. That’s not to say it isn’t achievable, just that it’s more difficult.”

This isn’t the gripe of a serial underachiever, though: Coyles is one of a host of bright, young British coaches trying to break into the professional game. He’s dedicated an unthinkable number of hours to put himself on an even keel with his more high-profile counterparts. Even then, the barriers Coyles and co. face mean that many talented coaches are left on the scrapheap long before they’re able to make an impact on the sport they’ve studied in great depth.

A semi-professional who turned out for non-league Workington in his younger days, Coyles decided that coaching represented his best chance of reaching the top of the game. Yet without a well-known reputation or a network of former team-mates to call upon, it wasn’t just a case of doing his badges and immediately finding work.

In fact, obtaining the qualifications – Coyles has a UEFA A Licence – merely means he has the credibility to be listened to if he’s given the chance to prove himself.

“Me and millions of other coaches who haven’t had a playing background are starting at zero, so it’s all about networking,” he explains. 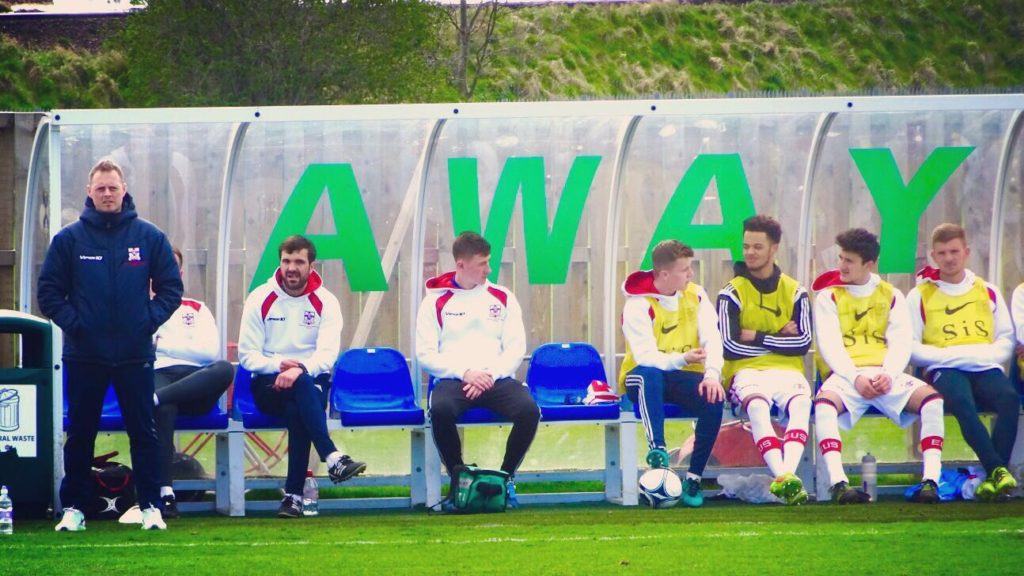 “I sent endless letters and emails, and met a number of coaches at all levels to see if opportunities would come of it – some I had no replies from whatsoever, others I met and nothing came of it, then others have welcomed conversations.

“If you’re attending a number of courses and CPD meetings, opportunities can arise if someone you’ve met thinks you’re suitable. It’s important to keep that in mind if you haven’t come from an elite professional background.

“There’s also a trust issue. I remember talking to coaches at National League clubs, where they said their coaches aren’t necessarily the best in the world, but they know and trust them. If they ask them to do something, they’ll do it, whereas they don’t know who I am – which told me I could well be a better coach, but there are still barriers.”

Thanks to sheer doggedness, Coyles wasn’t put off. Spells at professional academies and coaching the Manchester Metropolitan University side led to a role with Stoke City’s junior teams, although the lure of a larger salary saw his career take another twist when he accepted the national university position alongside working as a lecturer at Northumbria.

While it’s an oft-ignored route into the professional game, higher-education football has provided the perfect avenue to a successful career for a host of coaches – not least Michael Skubala, who was named as the FA’s futsal head coach and performance manager at the beginning of last year.

Skubala moved to St George’s Park from Loughborough University, where he headed up the Leicestershire establishment’s celebrated football programme, and lays claim to being one of the country’s most qualified coaches.

With a host of badges in football and futsal, Skubala has an impressive haul of certificates and can count almost 200 matches as an international player and coach. While his background might not get him in the door at any of England’s elite clubs, his impressive CV was enough to convince the FA to hand him a senior position.

“I describe being a coach like being a chef,” explains Skubala, who spent his playing career at several non-league clubs in the Midlands. “It’s your job to apply the ingredients, but you have to learn how to use them in three courses.

“I always say that, by definition, a tomato is a fruit, but a chef wouldn’t put it in a fruit salad. The skill to coaching is that one group can be very different to another, so successful coaching is lifting a methodology that works and taking it into different jobs.”

For Skubala, that meant starting out by taking voluntary or low-paid coaching roles to build his experience – and that in turn led to him undertaking 90-hour working weeks while he earned a regular salary as a teacher.

“You have to make a decision in life whether it’s about learning or not,” Skubala adds. “If you take futsal, university and even my non-league days, I’ve quickly moved into senior setups, so I’ve probably got more hours on the grass with senior athletes than lots of other coaches. Although because I’m not in the pro game, some people don’t count it – but the FA are quite supportive of my coaching methodology.

“Don’t get me wrong, I’ve always felt that non-footballers get overlooked, but I’ve never felt that got in the way of my life. There’s two sides to it – you can’t say no to coaches who haven’t played and earned their right technically, but I don’t think you can say no to ex-footballers who earn their right coaching-wise either.”

While putting the hard yards in may have helped Skubala, it’s not always the key to success. For Justin Walley, prioritising experience at the highest possible level has, perversely, been more of a hindrance than a help. 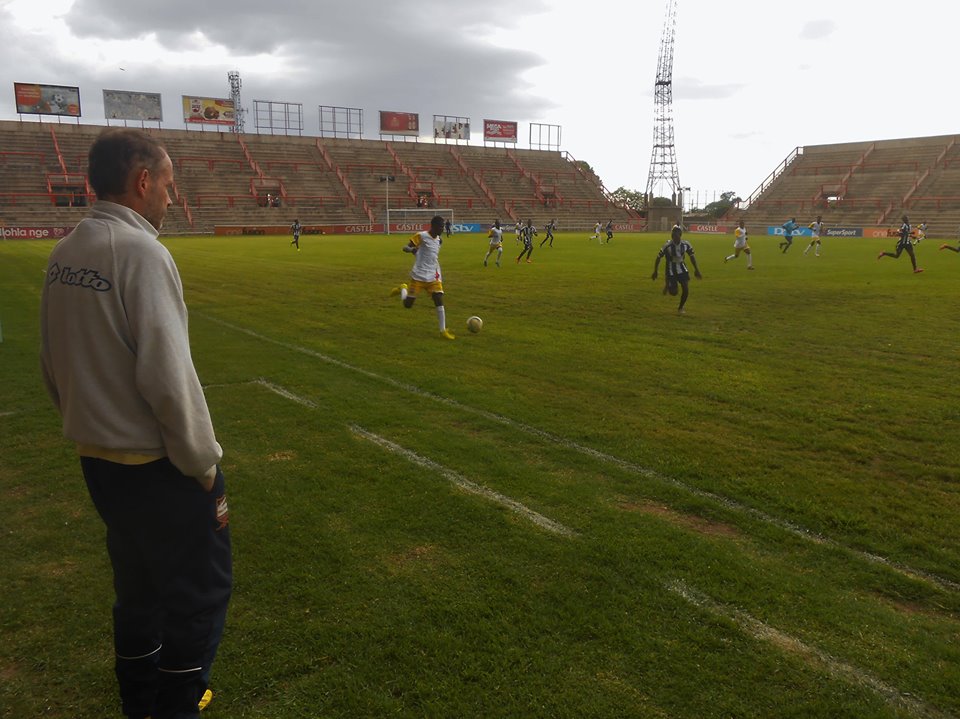 The adventurous coach moved to Latvia to gain experience coaching senior men’s and women’s teams, but despite managing in the higher tiers of the Eastern European national league structure for several years, his career has stalled.

Walley couldn’t add to his Level Two coaching badge due to Latvian Football Federation (LFF) rules stipulating that applicants for the UEFA A or B Licence must speak fluent Latvian. And with his attempts to get on a course with his local Leicestershire FA also bearing no fruit, Walley left his job when a new rule dictated that every coach in Latvia required a UEFA qualification.

“I have this ridiculous situation where I’ve been stuck on a Level Two since 2013,” explains the 47-year-old. “I was given the run around [by the LFF] and in the meantime, I applied to do the B course with the Leicestershire FA on a least three occasions, but they rejected my applications because I’m not in the UK and don’t have a club here.

“It left me in a catch-22. I applied to do the course in Malta, but failed to get communication of when I could do the course. There’s also a course in Wales where you go in for two weeks to do the B, but to get on it is nigh-on impossible because you need to be a Welsh ex-footballer.”

With no desire to move back to the UK full-time and get a job further down the pyramid, Walley took a nine-month voluntary position as head coach of CONIFA World Cup finalists Matabeleland, a region in Zimbabwe. But with no money coming in and his Level Two coaching badge set to expire in August, Walley’s promising career is at a crossroads. Perhaps the adage of ambitious coaches moving abroad to cut their teeth isn’t so wise after all.

“I don’t know what the answer is and I’m not the only coach who’s in this situation,” Walley considers. “As far as I can see, I only have three options after I finish with Matabeleland this summer. One is to coach within CONIFA or within an area of the world where the qualification is a certain requirement, or find a solution to do a higher coaching qualification.

“After coaching at the level I have been, I don’t want to go down to level 10 to work. I want to stay at this level or step up, so my third option is to leave coaching.”

And with barriers at every turn, it wouldn’t be a surprise if more promising talents like Walley are left sifting through rejections on the UK’s coaching scrapheap.