Bartosz Kapustka was supposed to be one of the leading players for Poland as they host the European Under-21 Championship, but so far the Leicester midfielder’s nightmare season has extended into the summer.

An ankle injury ruled Kapustka out of Poland’s second game against Sweden, but for many following the host nation the 20-year-old’s absence hasn’t been viewed as a disadvantage. “His injury is actually a good thing for Poland, because the coach Marcin Dorna had to put somebody else in the starting line-up,” says Marcin Bratkowski, a local journalist for Przeglad Sportowy.

“In the first game against Slovakia (a 2-1 defeat for Poland), Kapustka was one of the worst players on the pitch. He seemed to forget everything good he had. He needs to stop thinking about the last season, but I personally think he is not useful at Euro U21 as he is not prepared enough. He has a big talent, but at the moment it is not enough.”

Reports say Kapustka should return for Thursday’s match against England – and only victory against the Group A favourites can keep Poland’s hopes of reaching the semi-finals alive.

Bratkowski’s words sound especially harsh when you consider that Kapustka was one of the young players who shone at Euro 2016 only last year. He impressed in Poland’s 1-0 win against Northern Ireland in their opening game and demonstrated his versatility on the left-wing in another 1-0 victory against Ukraine. Immediately, Kapustka appeared on the radar of Europe’s biggest clubs, with English champions Leicester City paying £7.5 million for his services. 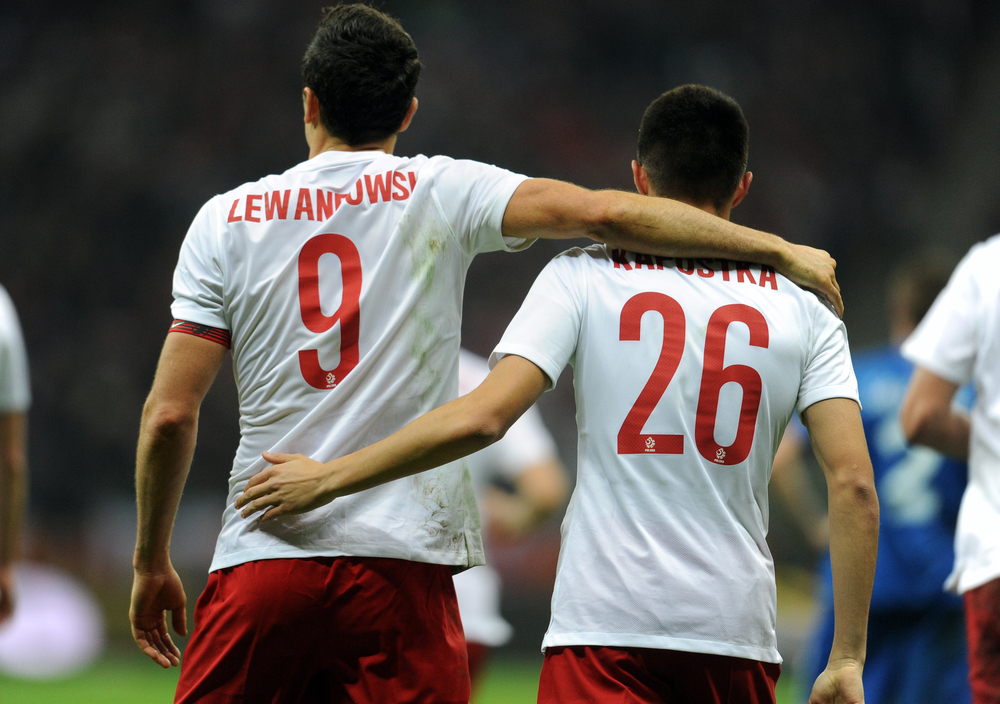 Initially it seemed a promising move for the young midfielder, but of the Foxes’ 38 Premier League games in 2016/17, he made the matchday squad on only eight occasions and was never sent on to the pitch. In total, he played just 151 first-team minutes, all in the FA Cup. For a player tipped to follow in the footsteps of Poland stars Robert Lewandowski and Grzegorz Krychowiak, it was a sudden halt in his development.

Robert Podoliński, the coach who promoted Kapustka to Cracovia Krakow’s senior team back in 2014-2015, agrees that he is yet to show his true quality. “At the moment, he does not play as well as he could. He can get much better in my opinion,” Podoliński told The Set Pieces. “I still think he belongs to the most talented Polish players, though. He could become as key for the national team as Lewandowski or Krychowiak in, say, three or four years.”

Kapustka’s progress before this season was rapid. After playing only 60 competitive games for Cracovia, the national team coach Adam Nawalka didn’t hesitate to start him against Northern Ireland ahead of the more experienced Kamil Grosicki. The talented midfielder has always been regarded highly at home – at 15, all leading Polish clubs fought for his signature from local side Tarnovia Tarnów. Legia Warszawa were very close, Kapustka even played for them at a youth tournament in Slovakia where Legia managed to beat an academy team from Juventus 3-1.

It was Cracovia who stepped in and convinced Kapustka to join their academy, however, even if the move to Kraków was hard for him, living without his family for the first time. The club’s coaches realised they were working with a special talent and, after Podoliński took over in 2014, he decided to give Kapustka a proper chance in the senior team.

“When I started as a coach at Cracovia, ‘Bartek’ was in the second team and injured,” Podoliński remembers. “I thought that he needed maybe three or four months, so he trained individually with my fitness coach. That was the most important thing for him. He has never had problems with individual things such as tactics or technique, he was already on a great level in that regard. However, I thought he needed a better physical attributes in order to become a better player.”

“After five or six months, me and my coaching staff discussed a possibility of giving him a captain’s armband,” adds Podoliński, who is currently managing Radomiak Radom in the Polish second division. “He’s a strong person, smart, hard-working guy, and very positive part of the team. He was very young but I always had a feeling he looked like a matured player – he had that responsibility for the others and intelligence.” 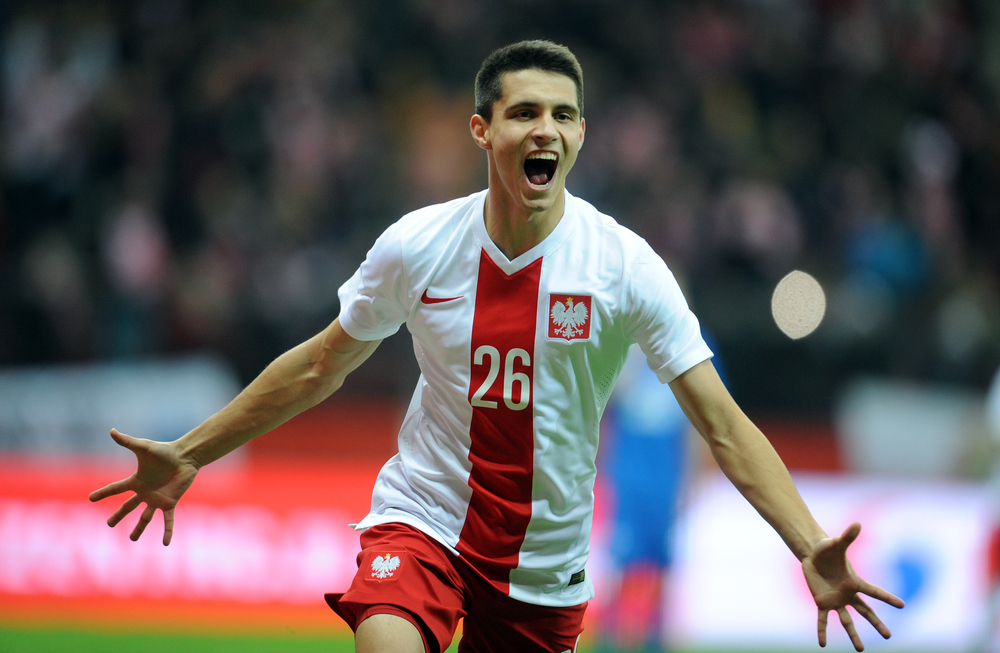 For two seasons, Kapustka progressed at breakneck speed. When he scored on his international debut in Euro 2016 qualifying against Gibraltar, it seemed a new star of Polish football had arrived. But shortly before the summer tournament, he was injured in a brawl outside a nightclub. Kapustka called his national boss Nawalka to apologise for his involvement, and the coach decided not to exclude him from the final squad for the Euros.

Bratkowski explains that there is something father-like about the pair’s relationship. “I’m sure Nawalka’s approach to Kapustka is slightly different compared to other players,” he says. “The coach himself was a young guy at the 1978 World Cup, at 21 years, and was one of the most important players. In my opinion, he was looking for someone like him, and understandably he sees many similarities in Kapustka.

“He is also the type of person who looks for soldiers – players who will walk to hell and back with him. Loyalty is very important. He has some favourite players and for sure Kapustka, along with Krzysztof Maczyński, belong to them. Kapustka was not guilty in the nightclub brawl. He wanted to tell Nawalka in person, but he was afraid to call for a couple of days. When he called Nawalka surprised him with calmness. I think that has brought them closer.”

It was the highlight of the young midfielder’s nascent career, but Bratkowski feels the hype was somewhat unfounded. It has certainly put more pressure on Kapustka.

“At Euro 2016, he had some nice dribbling actions, seemed confident, but he was not a key player,” says Bratkowski. “It was nice to look at young Polish player doing well at a big tournament, but everybody lost their head and forgot to look at his performance in more objective and calmer way. Everybody could see his talent, but going to Premier League champions from a mediocre Polish team? It was a huge jump, and I’m afraid he has not reached the other side. The fall is really painful.” 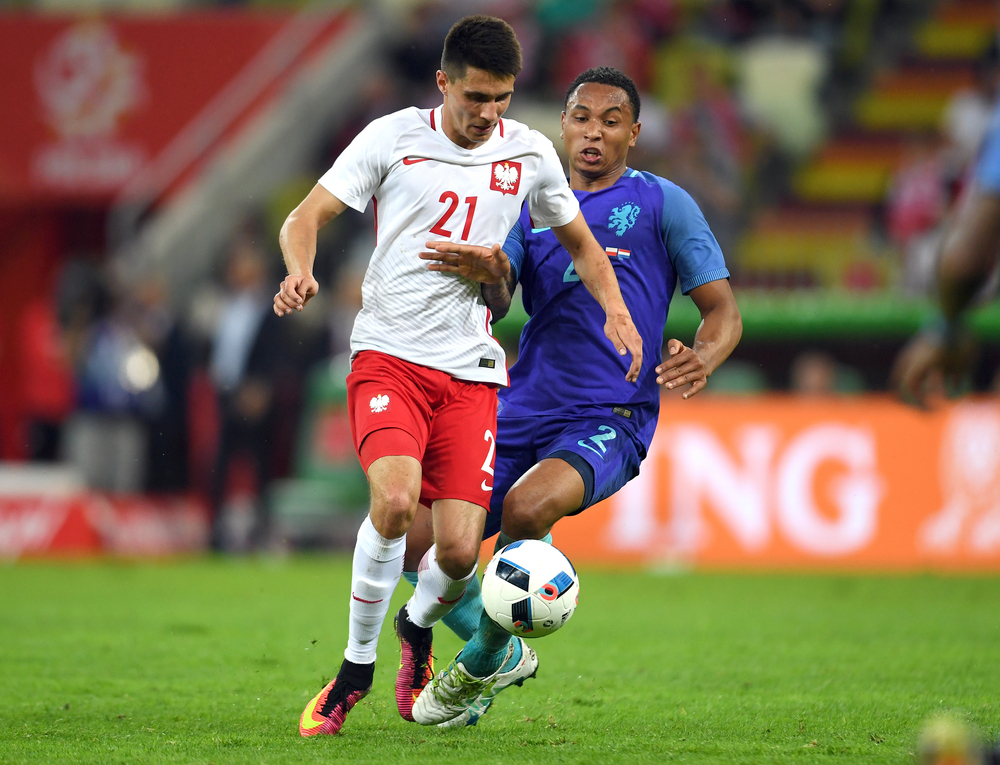 One of the main reasons Kapustka chose Leicester was the influence of Claudio Ranieri, but the Italian was doubtful about the player’s readiness for Premier League football. Instead it was decided that Kapustka would play for the Under-23 team, often on the wing. His former coach Podoliński argues that to fulfil his potential, the 20-year-old needs to play in a central role.

“For me, his place is in the centre. He would show us more in this position. In my Cracovia team, he played as No.8 or 10. He is not left winger. That’s why in my opinion he might struggle a little bit in the Under-21 national team at the moment.

“Leicester were the champions of England and he couldn’t say ‘no’ to them. It was a great chance. I thought the other leading players would leave to bigger clubs and he would have a possibility to play, but it wasn’t like that. However, when I look at other Polish players in England, everyone needed time to adapt. He is still young and could look for another club – maybe Germany or Italy would be better.”

Kapustka has repeatedly said he intends to fight for his place at Leicester, but with Craig Shakespeare replacing Ranieri he now faces an uncertain future.

In Bratkowski’s view, the hype disguised the truth that Kapustka is simply not at the level everyone had hoped. “I personally think that Kapustka does not have as much talent or character to become a top-class European player. He showed some skills in (the Polish league) Ekstraklasa and a few good things in the national team, but he has a lot to improve. I think his talent was overrated.”

Kapustka will have a chance to prove him wrong on Thursday against England. For a player who appeared to have Europe at his feet last summer, there are a great many challenges ahead.