Steve Darby has a lot of stories to tell, like the time he was tear-gassed in Bahrain – accidentally, of course. “Believe me, it works,” he says.

He remembers a game in Thailand played in front of 20,000 silent monks; he recalls players in Fiji drinking in the middle of matches; he recollects chicken blood being placed behind the goal in Malaysia. It was, he says, all part of the fun.

Darby is not like most English coaches. He speaks Arabic, Malay, French and Vietnamese. He’s from Liverpool but has made Asia his home, travelling across the continent in search of work and new experiences. 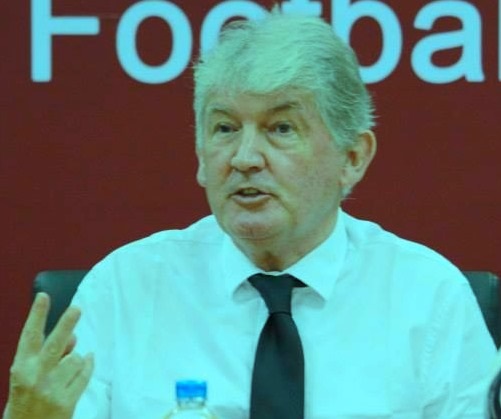 There was, though, no great plan in place when Darby finished his playing career. He had played at youth level for Tranmere Rovers and as a semi-professional for local clubs but struggled to “make it big”. It was, in his own words, due to a “severe lack of ability”.

His talents were to be utilised elsewhere. Darby trained as a PE teacher in Leeds a formative period of his life. There he learned what it was like to be coached, something he hadn’t experienced as a player.

It was there that he met Merv Beck, a lecturer who, Darby says, “had a massive influence on me”. Without Beck, his journey might have taken a very different direction.

In 1979, having completed his course, Darby was prepared to take a teaching job in England. But a few days before he was due to begin his new role, the phone rang. It was Beck. He offered Darby an opportunity that would change his life forever: a move to Bahrain, to coach the national team.

“It was four times my teaching salary,” he says. “But I would have taken four times less to be a full-time coach.” 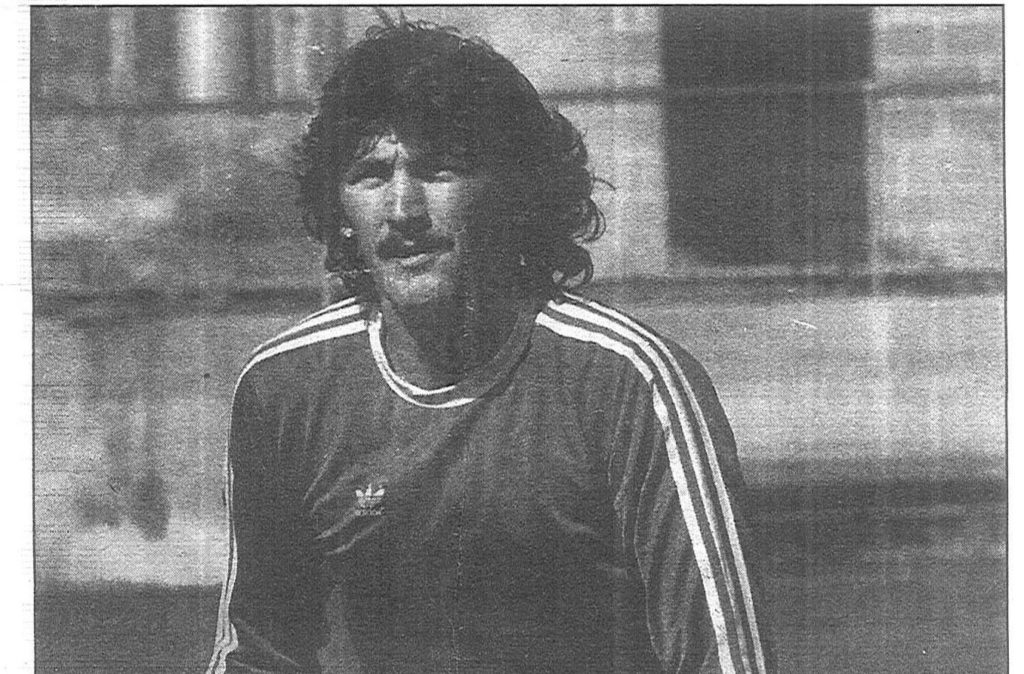 Not that it was easy. Darby didn’t speak the language and was unaccustomed to the culture. “I was determined to make it work,” he says. “I taught myself Arabic and I think that’s the key to working abroad: the language and accepting that you’re not going to change the culture of a country.”

From Bahrain, Darby moved to Australia. While taking his FA coaching badges, he had been offered a role with a club in Tasmania. It was originally set to be a one-year contract but he stayed in the country for 18 years, working as Director of Coaching in Tasmania and later as a FIFA instructor for Oceania.

“It’s a wonderful country and the only barrier to success there is the geography,” he says. “I worked with some great players there: Ned Zelic, Lucas Neill, Brett Emerton, Mark Schwarzer.”

Darby was settled in Australia. He had made a name for himself and grown used to life on the small island off the south coast of the mainland. But adventure was in his nature. And Malaysia, the country where he headed next, proved significantly more lucrative.

“I spent seven years there: three in Johor, three in Perak and one in Kelantan,” he says. “It’s a wonderful football culture but there are hidden secrets. It was where I first encountered match-fixing.

“I learned the language quite quickly,” he continues. “I used to watch old Malay films on away trips and learn from the subtitles. You learn cultural differences too. One of my players rang me once to say he couldn’t train because his mum had said he had to go shopping with her. No matter what I said, mum was the winner.”

By the end, Malaysia’s politics had worn him down. An Australian government representative called and asked if he wanted to coach the Vietnamese women’s team. Darby accepted, and went on to lead the team to a gold medal at the Southeast Asian Games.

“The players were magnificent and the most dedicated professionals you could ever want,” he explains. “But no one spoke English – not even three of my translators. The fourth rescued me and made the victory possible.”

A brief return to England followed in 2001, as Darby took up a position as a youth coach at Sheffield Wednesday. But the lure of Asia – and the financial package offered – proved too strong.

“Again, I was called out of nowhere and offered a job in Singapore at Home United,” Darby says. “This time it was six times my salary, so off I went. We won the league and cup double, and reached the semi-finals of the AFC Cup, which was a massive achievement. 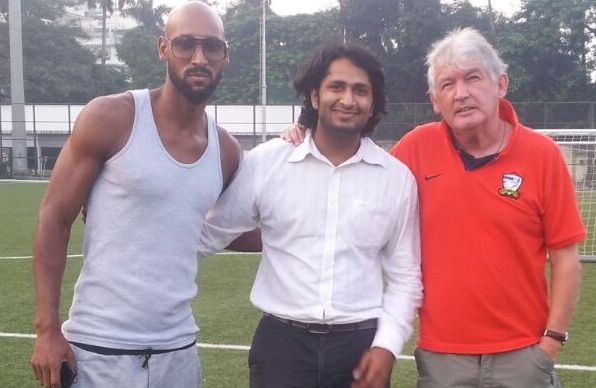 “I moved back to Perak in Malaysia for three seasons and then I got a call from Peter Reid. He wanted me to come in as a coach while he was managing Thailand. I took the call in Lebanon on an AFC Cup trip; I actually thought it was a wind-up.”

“They were top-class managers and great blokes off the pitch,” he says. “I learnt a massive amount from them.”

By 2008 he had covered most of Asia, but he wasn’t finished yet. He worked in India, at Mohun Bagan and Mumbai City (where he coached Nicolas Anelka), before taking charge of the Laos national team. All were valuable experiences.

“It taught me how lucky I am to wake up every morning and do what I love,” he says. “I’ve seen the extremes of both poverty and wealth in different countries. I didn’t think when I was at Anfield Road School that I would meet kings, sultans, presidents and prime ministers. I’ve met lots of great people, many of whom I’m still in contact with.”

Darby has also learned that opportunities can be scarce. It would, he believes, be wise for English coaches to move abroad if they’re struggling to progress at home.

“Everyone should take the chance if offered a good contract,” he says. “You never know where it might lead.”