As a teenage talent at Manchester United, Alex Cvetkovic was rubbing shoulders with Marcus Rashford and lining up against the top Premier League teams in his age group.

Going from the familiar world of British football to Fola Esch in Luxembourg has been a different challenge altogether. For starters, half the squad have part-time jobs.

“Before we went to Azerbaijan for the second round of Europa League qualifying [against Inter Baku], our manager Jeff Strasser was frantically calling the bank where our second keeper Emanuel Cabral works because he wasn’t allowed time off. In the end, with Strasser being the golden boy of Luxembourg football, he was able to sort it out.”

Luxembourg is the latest stopping point for this well-travelled 20-year-old. Born in London to a Yugoslav father and English mother, he spent several childhood years living in The Hague following his father’s work placement in the Netherlands. After being scouted by West Ham as a nine-year-old in 2006, he returned to his birthplace.

He was a ball boy every second game at Upton Park, squinting at the carrot on the end of a very long stick. Chasing the dream, he moved across London to Tottenham Hotspur, playing with Harry Winks and Josh Onomah, before signing with Manchester United as a 14-year-old in 2011.

Chosen from a six-week trial of 50 players, Cvetkovic was soon shaking hands with Sir Alex Ferguson. “I was 100 per cent nervous, he’s a legend I’d only seen on TV. He was even present for a few of our training sessions, which was great. He wouldn’t be too harsh on us kids, we definitely didn’t get the hairdryer treatment!”

As a creative midfielder in the youth ranks, Cvetkovic played alongside the likes of Cameron Borthwick-Jackson, Josh Harrop and Demetri Mitchell in United’s class of ’96-97. The graduate who has climbed the ladder the highest, however, is Marcus Rashford, and Cvetkovic feels he was long moulded for the top. “Even as a 14 year old, he was always in Ferguson’s office, getting advice, and Ferguson would visit his digs. So I think they had a plan for Marcus.” 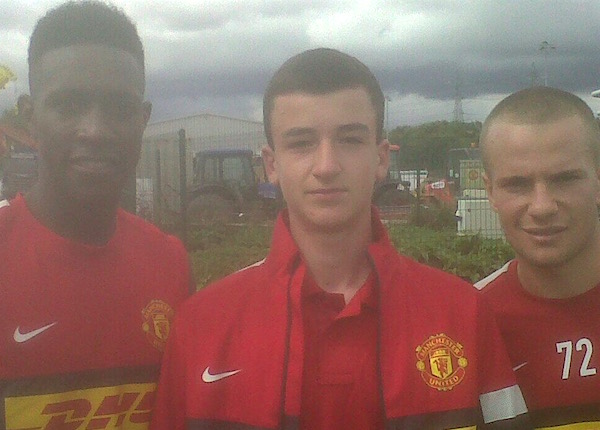 As a slow developer who took time adjusting to the style of play at United, Cvetkovic was released in the summer of 2013. Over a dozen trials followed before he signed his first professional contract at Wigan. “They convinced me that I was a player who’d be in the first team one year later,” he says.

Cvetkovic never played a game for the Latics. During his two years at the club, there were four different managers, with each new gaffer bringing in new players. “It was frustrating. They were keen to send me out on loan, and I didn’t want to go because I felt I had a good chance there. There was a time where there were a lot of injuries in the side and I was training regularly with the first team.” But Cvetkovic’s chance never came and he left in the summer of 2015.

He trialled with MK Dons, while an agent’s talk of try-outs with Atletico Madrid and Real Betis failed to materialise. “I’ve been promised a lot of things in a lot of different places,” Cvetkovic explains. “I had contacts with some clubs in Italy, Rome and Napoli. But having a contact is one thing, finalising something concrete is another.”

“Soon six months had passed and it was Christmas [2015]. But I was keeping fit every day, I wanted to work on myself more than rushing into a club,” he adds. “I was always keen to move abroad with football, I felt like it suited my style. And eventually, I signed for Fola Esch in Luxembourg the following summer.”

Based in the city of Esch-sur-Alzette, perched on the Luxembourg-France border, Fola is Luxembourg’s oldest club. After being bought by billionaire Gérard Lopez, who was born there and played for the club as a teenager, they enjoyed a Noughties renaissance, returning to the country’s top tier, the BGL Ligue, in 2010 and winning the title in 2013 and 2015.

“I hadn’t heard of them before signing, to be honest,” Cvetkovic says. “In my first training session, I was expecting the level to be a lot lower than it was. I think football here is very much underrated. The three top teams – Fola, FC Differdange 03 and [league champions] F91 Dudelange – could play in the French second division or Belgian first division.

“Luxembourg is a great kind of working country, the stadiums are well-kept, the pitches are good. But there are only 14 teams in the league, so everybody knows everybody and how their opponents play.

“There’s a big disparity. Even now, everyone can tell you that Fola, Dudelange and Differdange will finish in the top three. But those three clubs offer professional contracts, so a lot of the players are full-time whereas most of the other teams’ players work during the day and train during the evening.” 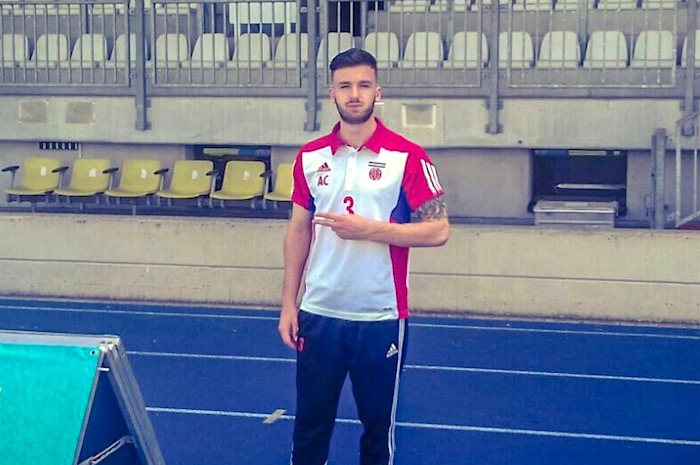 Among Cvetkovic’s fellow professionals at Fola is attacker Samir Hadji, son of the former African Football of the Year and Coventry City cult hero, Mustapha. “His dad comes to watch every now and then, he even played for Fola in the last few years in the second division in Luxembourg [2007-10],” Cvetkovic says.

“Maybe one criticism I have is that the football culture is not present. When fans come to watch, it’s very much a family day out rather than people who live for their club. So the atmosphere at the games, especially when it’s not a big match, isn’t there, which is a shame.”

While Fola finished third in the league last season, Cvetkovic limped through the campaign. A broken arm and meniscus injury restricted him mainly to substitute appearances. However, in the first games of the 2017-18 season, he has been a regular starter on the left of midfield, playing a part in the club’s impressive Europa League run.

Fola dispatched Romania’s Milsami Orhei and Inter Baku to set up a third qualifying round tie against Östersund. A 1-0 defeat in Sweden led to a nerve-wracking home leg. Esch briefly levelled the tie, with Cvetkovic crossing for the assist, before two quick goals in reply broke their resolve.

“We were proud [of the achievement], but when you’re there playing, I think the fact you’re a team from Luxembourg and the underdogs goes out the window. We had a slight expectation of ourselves to go through, it wasn’t to be. But it’s something we can build on for the coming years.”

It’s as far as any Luxembourg side has ever gone in the competition, even if rivals Progrès Niederkorn got more column inches outside of the tax haven after knocking out Rangers. The days of Luxembourg minnows getting double-figure drubbings – Chelsea notably thumped Jeunesse Hautcharage 21-0 on aggregate in a 1971 Cup Winners’ Cup game – are long gone.

Cvetkovic is a British footballer with a continental brain. He lives in Esch-sur-Alzette, has learned French in order to communicate with his team-mates, and spends much of his free time doing a three-year Open University course in business management. “I’ve always done well in school, I’ve got three As at A Level. But football has always been the main focus and it still is today.”

The Londoner has no regrets about leaving England in search of first-team football. “I think there’s a big difference between even the players who play at the very top level in the under-23 system, for Chelsea or Man City, to someone playing League Two or National League in England. Playing men’s football for points, for money, for fans, that gives you a new football intelligence, which I think I’m gaining here.”

“I’m happy playing. Would I say I’m happy in Luxembourg? Maybe not, because I feel with my qualities and dedication, I’d like to push on to a bigger league and a bigger club,” he admits. “But I understand that at my age – twenty – it’s good to be getting experience.”

Cvetkovic’s long-term ambition is to attract the services of an agent and move to a club in Belgium, Germany or England. “I feel I can reach the Championship or the Premier League, that’s my goal. I’ll keep going until it happens.”