Welcome to a new feature on The Set Pieces, in which Owen Amos explores the adventures of British football coaches around the world. His first interview is with former England international Gary Stevens.

Gary Stevens has coached in England, Gibraltar, Azerbaijan, Ireland, and Thailand. As a player, he represented Brighton, Tottenham, and Portsmouth, won the UEFA Cup, and played for England in the 1986 World Cup. He spoke to us from his home in Bangkok…

“Working abroad wasn’t something I planned. But the fact is, it’s very hard to get jobs in England. After I was dismissed as assistant by Sligo Rovers in 2014, I applied for two Premier League jobs at under-21 level. One of them replied to say: ‘You’re on a shortlist.’ They then said: ‘We’ve shortened it again, you’re not on it.’ The other club didn’t respond until six months after they’d appointed someone. It was a bland reply saying: ‘We’ve appointed someone.’ I thought: ‘Yes, I knew that.'”

About six years ago, I applied for a manager’s job in the Conference. I knew the chief executive. He said: ‘Stick your application in if you want, but we know who we’re getting. That’s why we’ve sacked our manager – because the other guy has become available.’ I spoke to him three or four months later, and asked how many applicants he had. The answer? 120. That tells you how hard it is.

I came to Thailand in July 2014. I’d been dismissed by Sligo Rovers – where I’d been assistant to Ian Baraclough – a couple of months earlier. After I applied to the Premier League clubs, Ian contacted me to say there was an opportunity in Thailand. Ian was at Leicester City as a youngster, and had good contacts there. And Leicester’s owners, King Power, sponsor a team in Thailand – Army United.

Army United were looking for a new head coach, to see them to the end of the season. King Power spoke to Leicester. They in turn spoke to Ian, but it wasn’t right for him, so he spoke to me. I stuck my CV in, there were a few applicants, there was a process, but I ended up getting the job. 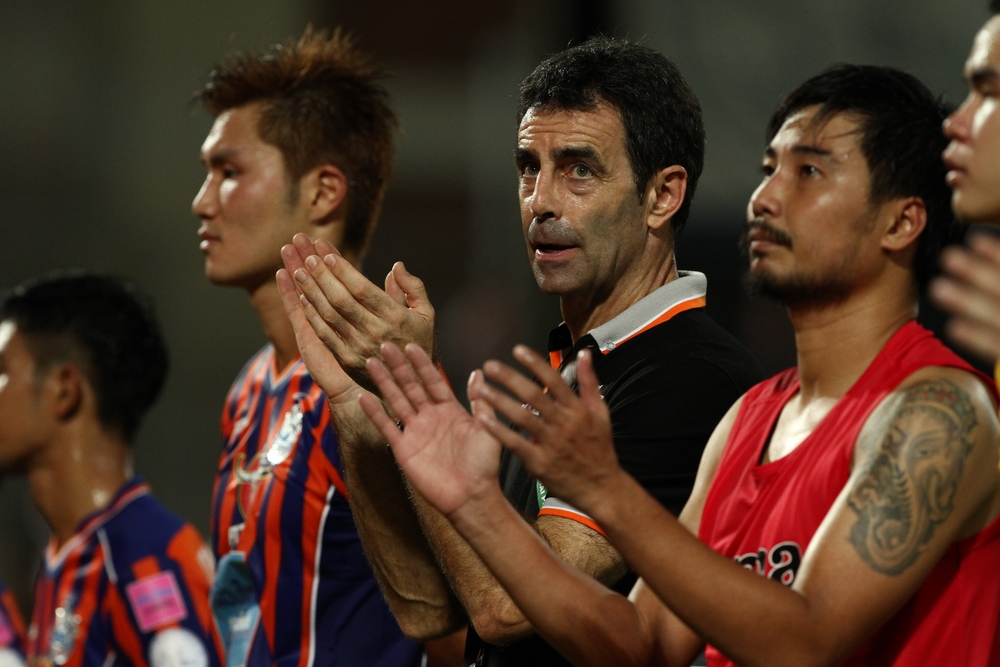 Things went well at Army – we finished mid-table and I was offered a contract for the following season. I said to the club: ‘We’re a mid-table team; we’ll establish ourselves there with a view to getting in the top six.’ Anyway, we started the season like a house on fire. Played five, won four, drew one. But it was a little bit false. I said to the club: ‘We’ve got tough games coming up.’

As it happens, we lost our next three games. With that, they put me on gardening leave. We were still seventh. My assistant won the next two games – which I thought we’d win – and they sacked me. It was strange. But look – it’s their club, their country. I wished them well and walked away.

Because my stock was quite high, I was approached by a couple of clubs. I decided to join Port FC as caretaker, just for seven games. We won one, and lost the other six by one goal. I believe I would have kept them up. But they let me go. They ended up being relegated, having had five coaches. 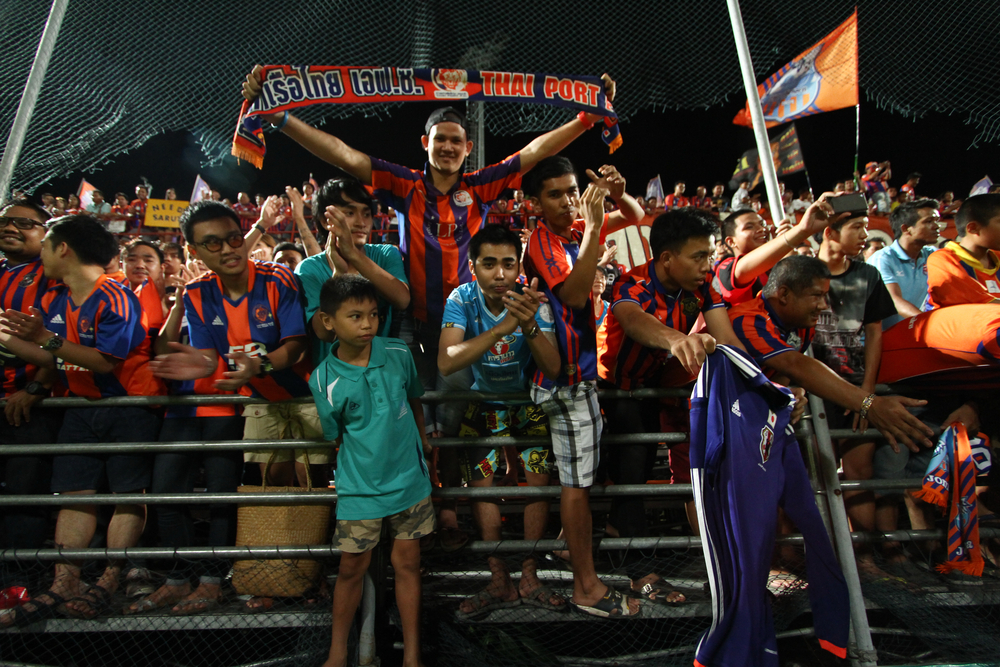 Why have I stayed in Thailand? I like the country. I like the people. And I like the football. There’s huge potential here. I’ve had discussions with three clubs, but it hasn’t been right. When I find the right club, and I’m allowed to manage, I will have big success.

When I finished playing in 1992, I went into the media. I did TalkSport, Capital Gold Sport, BBC, ESPN. I was in Holland every Sunday. I was always in work. I also started an insurance policy for career-ending injuries in football, because I suffered an injury and was grossly under-insured. At one point we insured 450 players; we turned over millions of pounds in premiums. But, eventually, I decided I didn’t want to be an insurance sales rep. I sold my share to the broker.

I coach because I want to make a difference. I was assistant under-21 coach at Charlton, and I believe I played a part in the development of Scott Parker, Paul Konchesky, Ricardo Fuller and Danny Shittu. Danny actually wrote to the club and asked for a trial. I invited him in one Friday afternoon; he ended up in the Premier League. He’s now an agent, representing lots of Nigerian youth players. I spoke to him recently and he said: ‘I can’t tell you how grateful I am.’ That’s what I want to do. I want to improve players. I want to improve their chances of maximising their potential.

Working abroad has improved me, 100 per cent. I would advise any coach to work in a different culture, a different climate. My dad was my hero, and he was set in his ways. So for a long time I was set in my ways. But now I’ve opened up completely. I’ve had to. You have to broaden yourself out. 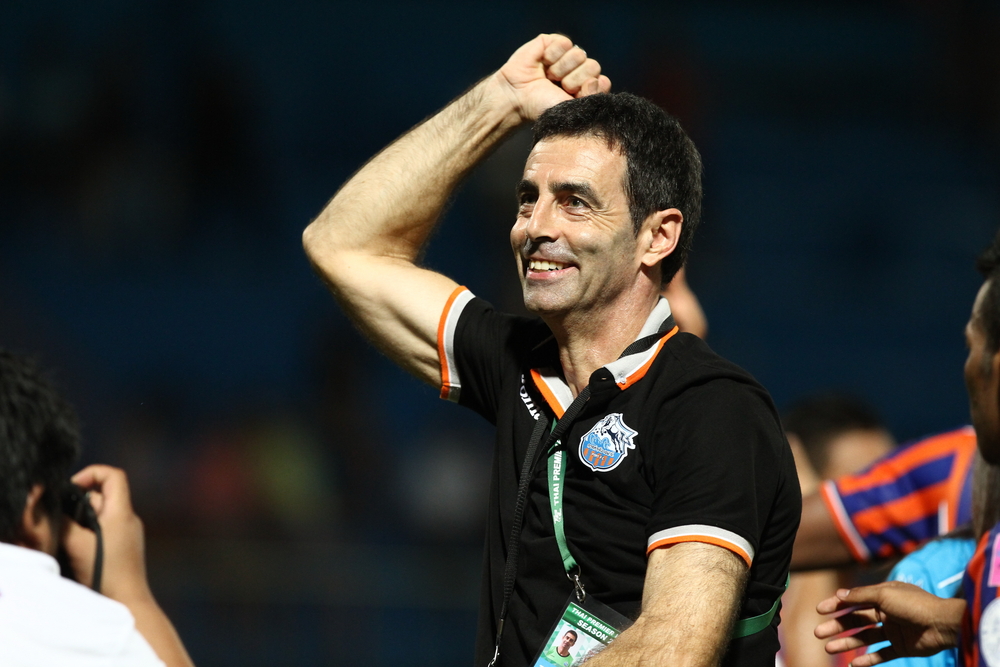 For more of Owen’s interviews, head to @owenamos and britishcoachesabroad.com.