A gleaming gold and silver shield was squeezed into the remaining inches of David Villa’s packed trophy cabinet in December. Even at 35, he’s still adding awards to the Champions League, World Cup, La Liga and European Championship medals on a glittering CV.

But there was a personal achievement which meant just as much to Villa last season as being crowned the MVP of MLS. “In the last year, people have talked about me having a great season – winning the MVP,” says Villa. “But the most important thing was that I only missed one training session.”

That last remark is testament to Villa’s professionalism, yet also the burning desire which remains undimmed, despite lifting every major trophy during his halcyon days in a Barcelona and Spain shirt. Far from arriving at New York City FC two years ago to bank a final pay cheque and wind down his career in second gear, Villa wants to achieve, wants to keep scoring and wants to keep contributing.

The statistics bear it out. A staggering 40 goals in 62 appearances for NYCFC in the last couple of seasons understandably saw him crowned the MLS player of the year for 2016. Unlike some of the other high-profile European imports from across the pond, Villa isn’t taking it easy.

He even boasts ambitions of a recall to the Spain set-up. The last of his 97 international caps came at Atletico Madrid in 2013-14, but he is desperate to reach a century of appearances. 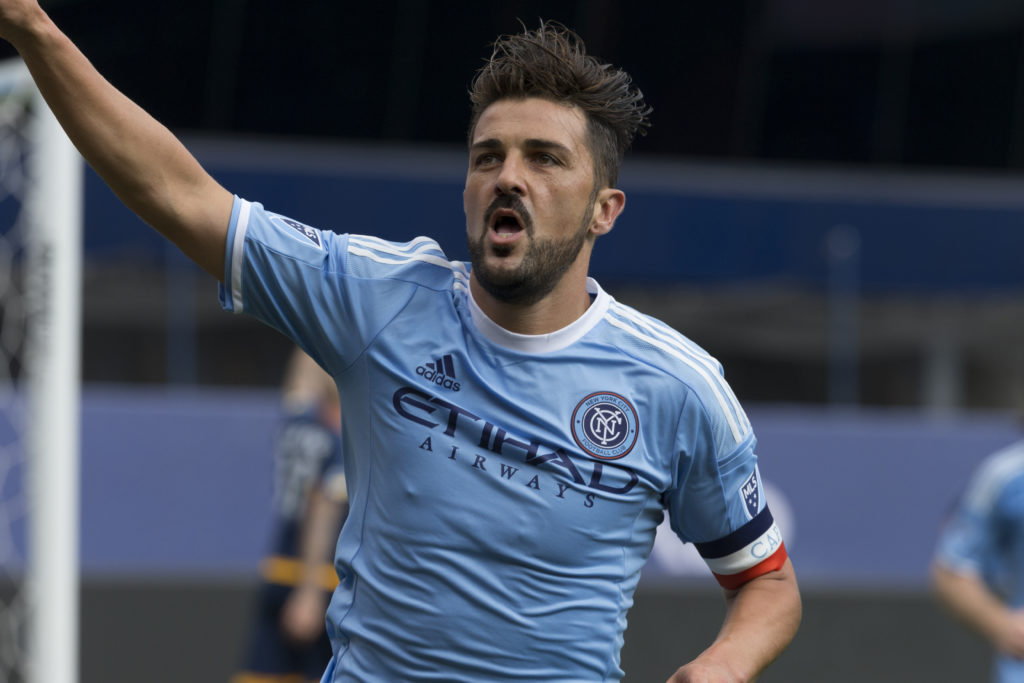 Despite his advancing years, there are no fixed plans for retirement – it is still a possibility that he might extend his contract beyond the end of 2017. But Villa realises the need to prepare and recover from games in adequate fashion, which is the reason for his longevity.

“I think in the present, the short-term future. I am very comfortable,” Villa tells me in a Los Angeles conference room cordoned off to preview the upcoming MLS campaign.

“If I keep fit, comfortable in my mind and want to play more, then I will [keep playing]. If those two things don’t happen, I will accept the moment and go out. But I’m not even thinking about that now.

“When you put more games in your body, you need to rest better. I tried that last month [during the close season] but at the same time, you have to train a little bit.

Villa enjoyed a profitable season at Atletico after leaving Barcelona for just £4million in the summer of 2013, yet after a mere 12 months in Madrid he was lured away by New York. The prospect of representing the new MLS franchise in their first year was “irresistible” to the forward.

So too was the idea of moving to the Big Apple. After being forced to walk down the street in heavy disguise during his time in Catalonia, suddenly Villa became a relative unknown. It was a sanctuary to bring up his three children.

“Yes, I have more privacy!” he beams. “When I lived in Spain, everybody stops you in the street to say ‘Hi’, or good things about my job. That’s good.

“But here of course, there are less fans, even if they are growing. I’m comfortable with both sides of it. 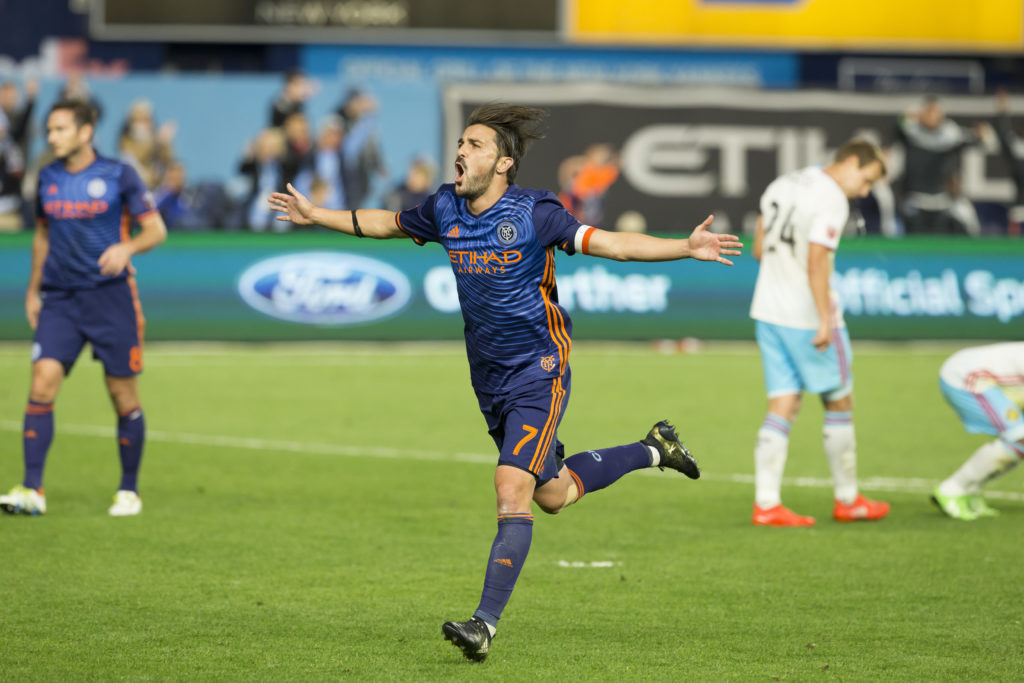 But many MLS teams are moving away from signing designated players at the tail end of their careers and instead looking towards the cash-strapped South American market to capture those still at their peak. The result is an increasingly competitive league – a development Villa has noticed even during his brief spell as an MLS player.

“Of course it’s changed,” he continues. “I’ve seen it for the last two-and-a-half years because I watched the last three months of the 2014 season after I signed.

“The difference is crazy. It’s amazing. It’s growing every day. Better players, better coaches. It’s great. We are going in the right way. I’m sure this league will be one of the best in the world.”

Despite Villa’s goals and the presence of both Pirlo and Frank Lampard in midfield, last season ended in abject fashion for NYCFC. Patrick Vieira’s side finished in third spot in the Eastern Conference, yet when it came to the MLS play-offs, they utterly collapsed – thrashed 5-0 at home by eventual finalists Toronto after suffering a 2-0 defeat in the first leg.

Even the controversial availability of Villa for that second leg didn’t alter the outcome after he escaped retrospective action for blatantly kicking out at Toronto’s Armando Cooper during the first game.

But Villa takes a philosophical view of that play-off debacle; preaching that Vieira has changed the culture at the club for the better and there will be further improvements when the MLS campaign gets under way next month.

“He changed the mentality of the team,” says Villa. “He gave us a lot of identity, work outside of the field.

“We were way better in the second year than the first. But the first objective is to be fighting for the cup. We need to improve, we need to be better than last year.”

If Vieira gets another 20 goal-plus haul from Villa, then NYCFC will have every chance of remaining on an upward curve.