As an Englishman playing abroad, Connor Ruane is part of an exclusive club. He moved from Warrington to Mallorca with his family when he was nine years old, leaving behind a place at Everton’s academy. Now 22, Connor is plying his trade in Spain’s Segunda Division B with Hercules CF, who are aiming to win promotion via the play-offs. We caught up with him ahead of Hercules’ crucial double-header against Tudelano…

“I moved to Spain when I was nine. My mum and dad had been going to Mallorca for 20 years and decided they wanted to retire out there, move to a better climate and a better life by the beach. Being nine, I didn’t really have a choice. I wouldn’t have changed moving over here, growing up with the luxuries I’ve had like the pool, the beach and the weather. As soon as I came over I was put in a Spanish school so I had to learn the language. It’s one of the best things I’ve done.

Now I’ve moved to Alicante to play for Hercules. This is my first year away. I didn’t know much about the team when I joined. I knew they were in the Primera Division (La Liga) a few years ago but were then relegated twice. I knew it was a big club that wanted to achieve big things so it was an easy choice when they approached me.

I’m usually a left-back but this season I’ve been playing right-back. When I was offered the chance to go to Hercules they told me they wanted me to be the future, but this year it would be a bit more difficult to start because Paco Peña, the captain, would be playing a lot of matches. So I knew it would be hard to get in the team, but when the right-back (Rafita) got injured they had confidence in me. 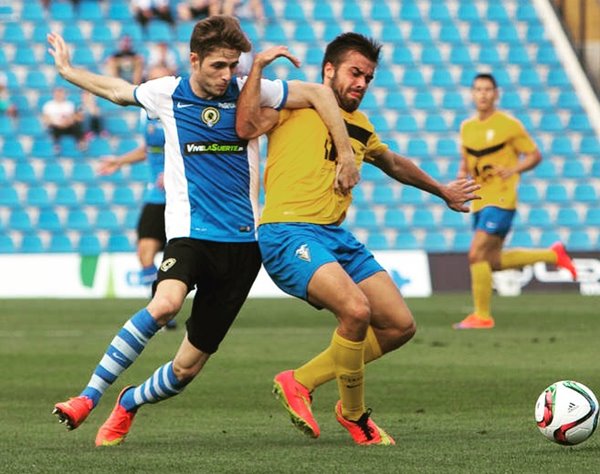 I’ve played around 25 of 30-something games. I’m the second youngest in the team, it’s quite an experienced squad. I’ve learned a lot of attributes of being a right-footer now. I’ve always been left-footed and barely used my right foot before. This year has been a lot better than I ever would have thought, and now we’ve got the play-offs coming up.

Javier Portillo (the former Real Madrid striker) started the season at Hercules but announced his retirement in December. He’s stayed with the club and still trains, but he doesn’t play anymore as he offered his place in the squad to someone else. Him and Paco Pena were the two captains and they’ve helped me a lot throughout the year, always giving good advice on what to do and what not to do.

Hercules have high ambitions. At the start of the season there was a lot of pressure on us. If we lost one game in ten, there would still be pressure and people always want us to win every game four or five-nil. In our league group we had Barcelona B, Valencia B and Villarreal B. Barcelona had an up and down season and got rid of around 10 players, bringing in nearly a whole new team in January. Villarreal have a better team. They have a player called Leo Suarez who cost £2m from Boca Juniors. He’s one of the best players I’ve played against this season. Villarreal finished top and beat us 4-0 at home and 3-0 away. 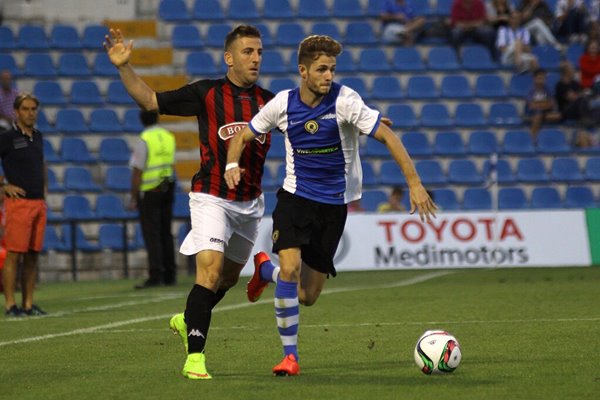 When I was living in England, I was at Everton for a while with my brother and had a trial at Manchester City. When I moved out here I joined a local team in my town in Mallorca, but then decided I wasn’t going to get anywhere and moved to a bigger club called Constancia, who got promoted to the level Hercules are at now. I had a good year there which got me a move to Mallorca. That was pretty much my break, I had a good year at Mallorca B and that had everything to do with my move to Hercules.

I was very young when I was at Everton, but around five years ago I had trials at Dundee United and Motherwell. The football was a lot rougher and the players were bigger. In Spain, it’s all ball work on small pitches – “give me the ball, one-two”. It’s not as direct. When I played in Scotland all the exercises were long ball and getting it as quick as you can towards the goal and shooting. With the training here it’s all possession-based – “keep the ball, keep the ball, keep the ball”. I love the Premier League but the quality of the players over here with the ball at their feet is a lot better because of the ball work, focusing on control, touch and vision. Thinking before you get the ball.

My family come over from Mallorca to watch me as much as they can. They fly over and come and stay with me. I’m living on my own at the moment. I made that choice because, being my first year away, I had to do as well as I could. So I didn’t want any distractions and chose to come and live out on my own for this year. Here everyone calls me Connor or Guiri, which is a slang term for English people who come to Spain. 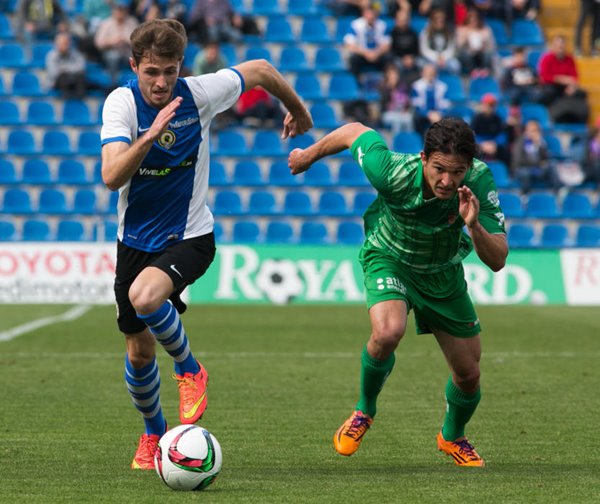 There are very few English players who come over to try their luck, I think I’m the only one in the league. But if you get in the right team it’s a great experience. Especially with youth squads of clubs from the Primera Division. In England all the youth teams play each other, but here you get a mix of playing other big clubs with older players. So it’s a good learning curve playing for Barcelona B, Villarreal B, and Mallorca B, where I was last year.

I wouldn’t go back to England for any other reason than football. I’m enjoying where I’m at and have another year on my contract. But it would be a big experience to go back over to England. The football is watched a lot more at the lower levels than it is over here. A lot of the teams in this league don’t have enough money to give players a full-time job and they have to have a job on the side. But here at Hercules and the other big teams it’s full-time.

I want to get as high up as I can, and obviously at the moment that’s promotion to the Second Division. The club have given me a lot of confidence with what they want from me. They want me to stay here a long time and we both want Hercules to get back up to the Primera Division, so that’s my objective at the moment. I want the pressure of moving up to the Segunda, with the buzz and the noise of the fans.