It’s a long way from Birkenhead to Belém – 4,956 miles, to be precise. But for Ryan Williams, a 26-year-old Wirral-born footballer who’s recently signed for Brazilian second-division outfit Paysandu, it must feel like another planet. His journey through professional football has been far from conventional, and this is the latest step on a path that’s already taken him from Colwyn Bay to the north of Brazil via the Cymru Alliance, the Championship and Canada.

Paysandu are one of two big clubs based in Belém, a port city perched on the mouth of the Amazon River. It’s a place full of life and motion, acting as the gateway to the Amazonian trading routes. Despite not having the reputation of the big football Meccas in the south and southeast of Brazil, it’s a city which is mad about the game.

Speaking from the club’s training ground, Williams admits: “It’s a massive change, a big culture change but I expected that, so I was well prepared for it.

“[I went] to a market last week for an interview. It was this special market with foods from the Amazon. That was a bit of an experience – very different to anything I’ve seen. But that was part of the attraction of coming over, I’m getting exposed to things that if I’d stayed in England I’d never have been exposed to. So not only as a footballer but as a person, it’s going to really help me to develop and grow.” 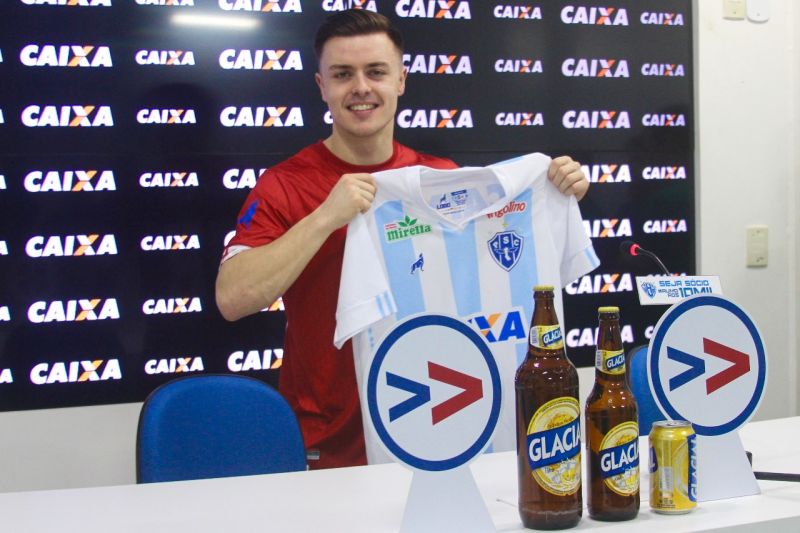 Despite having had barely enough time to unpack since his arrival at the start of February, the club’s new signing has already had a taste of the precarious nature of professional football in South America’s biggest country. Paysandu’s manager, Marquinhos Santos, was sacked just days after Williams’ presentation following a run of three wins, two draws and two defeats.

“We had a new manager come in the day before yesterday, that was a bit of change for me,” Williams explains. “In England the coaches tend to last a little bit longer. I’ve been in England and seen teams go on winless runs of 12 or 15 games. Over here the manager didn’t win three games and bit the bullet.”

In Santos’ place Paysandu installed Dado Cavalcanti, who at just 36 is already in his third stint in charge of the Papão do Curuzu. “His training sessions have been very good, they’ve been very intense,” Williams continues. “He seems to drive the sessions with his words, with his presence and his language. I don’t understand what he’s saying, but I can tell he’s driving the tempo, which is good because it keeps everyone on their toes.”

His team-mates and the club’s fans, meanwhile, have shown the newcomer why people from the north of Brazil have such a reputation for hospitality and generosity. “They’ve been absolutely fantastic with me, just different class. They’ve taken me out – one of the lads took me to the barber’s today and we got our hair cut, another lad invited me round to his to play computer games the other night.

“I got to meet some Paysandu fans on the street and there was a translator with us, so we had a little bit of an interaction. They were both welcoming me to the club, the city, wishing me a lot of luck and asking me to score goals!” 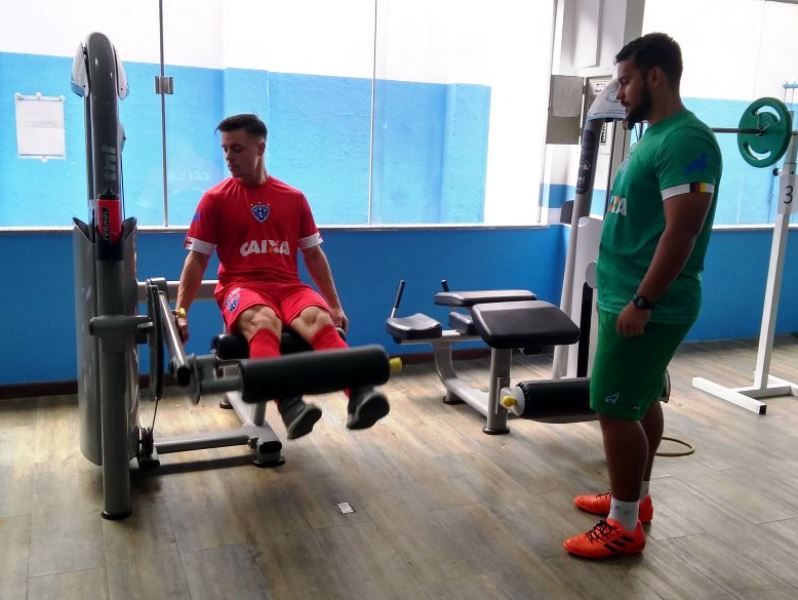 As the first Englishman and one of few foreigners to sign for a club outside of Brazil’s more prosperous southeast region, Williams is something of a trailblazer. “I had a bit of a weird start in football,” he says with considerable understatement. “I started at a time when all they [clubs] wanted were the biggest players they could find. I had a trial at Everton and they said I was the best player technically that had come in on trial, but I wasn’t big enough. So I went to Chester.

“I was on the bench in League 2 at 17, and then Chester folded and had to restart in the Evo-Stik [the eighth tier of English football]. So, I ended up going to Colwyn [Bay] and playing non-league at 18. In terms of the direction of my life I thought, ‘Have I missed the boat?’ Looking back now, I think, ‘Wow, you were only 18 and had so many opportunities,’ but when you’re that age you think the door’s been closed on you.”

Williams didn’t give up, though, and soon got his career back on track in the unlikely surroundings of the second tier of Welsh football. “I remember the summer of 2010, I got my act together and thought, ‘Right, you’ve got a decision to make now. You either go and get a proper job or you knuckle down and crack on.’ So, I went and signed for Llandudno and did really well. Then I got a move to Rhyl. At the end of that season my contract was up, and Jim Bentley and Kenny McKenna took me to Morecambe.

The step up into the professional ranks was the break the midfielder had been looking for and he duly grasped it with both hands. “They gave me the No.10 shirt straight away and that was a big move on their part, a big responsibility for me. But it went well, I scored two in my first three substitute appearances and they gave me a new contract. I stayed at Morecambe for about two or three years, and when I was 24 I ended up going to Brentford.”

That move, however, proved to be a wrong turn and Williams’ progress ran into a significant stumbling block. “I arrived and we had 14 or 15 midfielders, and coming from League Two to the Championship, it’s always going to be difficult. We had three managers in five months: Marinus Dijkhuizen, Lee Carsley and Dean Smith. So it was just change all the time. I ended up leaving in the January and going to Inverness until the end of the season.”

That summer he received a call from Paul Dalglish. “I didn’t know Paul at the time, but he was at Ottawa [Fury] and said, ‘Listen, do you fancy coming out?’ I just felt like going from Llandudno to Rhyl to Morecambe to Brentford, I’d been kicking on every year, and it felt like I’d suffered a bit of a setback.

“I thought, ‘I can just float around here, but if I want to keep kicking on I need to do something a little bit different.’ [Dalglish] sent me over a contract and we got that deal sorted. Canada was a big step, but it was the best decision I could’ve made.

“Initially, If I’m being honest, I struggled. I didn’t expect the standard to be as good as it was. I was coming up against lads who’d played in the Champions League, La Liga, the Bundesliga. I was dealing with playing in heat I’d never played in before, travelling on aeroplanes to games. My first game was in Jacksonville and it was 38 degrees in July. I only came on for the last 10 minutes and I had a stitch when I came off.”

He rose to the challenge, though, and used the opportunity to improve a particular aspect of his game. “Physically I developed a lot in Canada,” Williams says. “Over in North America, the athleticism of the players is much higher than in England. There are some good players over there. But what some of the lesser players lack in ability, they make up for in physicality.”

“I’m now probably much better suited to League 2 than I was back then. I am a technical footballer. I want to dictate the tempo of a game, I want to get on the ball, to make things happen, but when the ball is back and forth in the air, that’s a game for lads who just want to head it and kick it.”

The refined side of his game comes from a period spent honing his skills on the futsal courts of north England. “I started playing when I was 16, for Tranmere Victoria. Brazil always produced technically the best footballers and they all played futsal when they were kids.

“I played for about four years and ended up making my debut for England when I was 18. You have so much contact on the ball, it’s inevitable you’re going to improve. You’re getting used to dealing with the ball under pressure and naturally you’re going to get more confident.”

Futsal isn’t the only South American influence on Williams’ career. He has cultivated a reputation as a free-kick specialist and copied his technique from two of Brazil’s finest exponents. “The inspiration”, he recalls, “was Juninho [Pernambucano] and Marcos Assunção and how they strike the ball. Rather than getting side-spin or back-spin, you get top-spin and that makes the ball go up and down really quickly.”

It would seem, then, that he’s well suited to his new home. The diminutive attacking midfielder will find that Brazilian football – where it’s common to see stretched games and vast chasms of space in front of the back four – will offer him the freedom to play on the half-turn and use his technique to damage opponents. He’ll also be playing alongside Walter, a supremely talented centre-forward who won the UEFA Cup with Porto in 2010.

Despite their divergent career trajectories, Williams and Walter ended up together in Belém thanks to the same agency. R13 Fussball, the management company set up by Bayern Munich’s Rafinha, has an unofficial partnership with Paysandu.

“That’s how this has come about,” Williams says. “I played against a couple of Brazilian lads over in America and they ended up telling their agent that there’s an English lad playing in America who’s technically very good. The agent got in touch and said, ‘If I can sort something out in Brazil, would you fancy it?’ [I said], ‘Yeah, absolutely.’ So he spoke to a couple of teams and Paysandu were the first to bite.”

Williams’ arrival has caused a stir with local fans and media. “When it was announced that I’d signed here, my Instagram blew up a little bit. I think in the first day I had about 300 or 400 message requests in my DMs, within about three days I got about 3,000 Paysandu fans following me and my last photo had about 400 comments. A lot of them were in Portuguese, so I couldn’t understand what they were saying!

“The first couple of days there was quite a lot [of interest]. I did one [interview] for a national TV station as well. I think it’s good all round, you know. It’s great for Paysandu, and it’s great for English football to have someone who’s come over to Brazil. It’s a little bit different.”

Williams is yet to make his debut as he waits for the necessary documentation to come through, but it’s merely a matter of time. The Papão’s big derby against bitter rivals Remo is coming up on March 11 and both the midfielder and his manager will be hoping he’s ready to play in a game which means everything in the city.

It’s the perfect opportunity for Williams to introduce himself to Brazilian football with a bang. If he does, the boy from Birkenhead could soon become a hero in Belém.